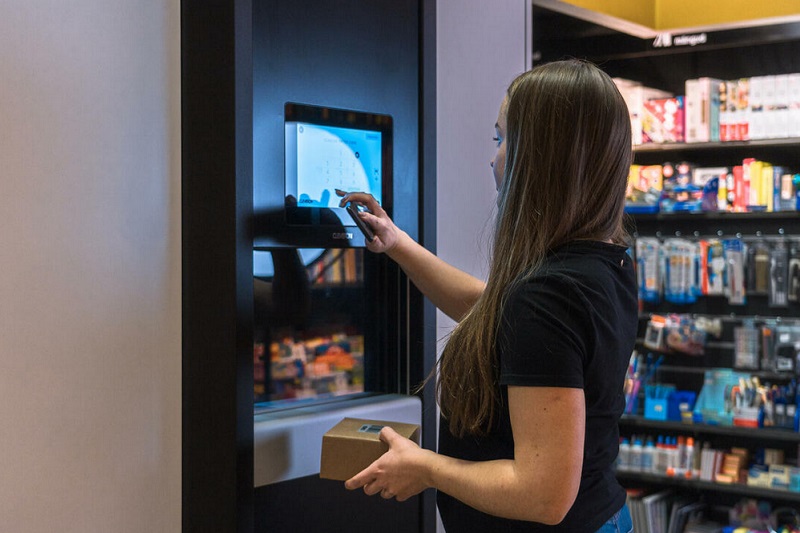 The Estonian technology company, best known for robotic parcel handover solutions for big retailers, has developed the Cleveron 405, a small-scale self-service terminal that stores up to 170 parcels in just one square metre and can hand over a parcel in less than 10 seconds. The first pilot project is already ongoing in Europe.

The new robot was created based on the request from companies who operate as parcel handover points to logistics companies and other retailers but were struggling to manage the record-breaking parcel volumes in their small storage rooms, the company explained.

“Cleveron is known as the partner to big retailers, offering robotic parcel solutions to handle high volumes,” said COO Mihkel Ilp. “After the virus hit, we started getting requests for a machine which would hold the same benefits as our robots but would take a minimal amount of space.”

Parcel handover points usually have only a small storage room and when parcel volumes started growing rapidly last year, there was no room to store the parcels.

“We saw pictures of how the entire store was almost filled with parcels, leaving little room for everyday business,” said Ilp.

This parcel volume surge also created a customer service problem since staff were more occupied with handing out parcels than their other duties. “Our team set out to create a solution which would have the same smart storage system and fast parcel handout capability like our other robots, but with the smallest footprint possible,” the technology expert explained.

The Cleveron 405 will be available in four sizes, with a footprint of 1.3–1.8 m2. The largest model can hold up to 315 parcels. The space-saving effect comes from the smart storage system, which measures each parcel during insertion. Items are stored on movable trays accordingly to the height, using every inch of space, contrary to other solutions with fixed shelves that do not adjust to parcels. The items are inserted via one user console by scanning the code.

The customer can take out their order without needing any assistance, they scan the code on their phone, and the robot will issue their order via the console in under 10 seconds.

Cleveron 405 is suitable for all businesses who need to hand over something to their customers and need a space and time-saving way to do that – parcel handover points, gas stations, small convenience stores, high-value item storage.

“Our smallest robot helps to solve the issues the stores are facing due to growing parcel volumes. It also offers an opportunity to expand your business by offering new services or becoming a parcel handover point yourself,” said Ilp.

Cleveron, founded 13 years ago, is a leading provider of automated pickup solutions for parcels and groceries, mostly partnering with the world’s largest retailers and grocers. The company has distributors all over the world, who also provide installation and maintenance.