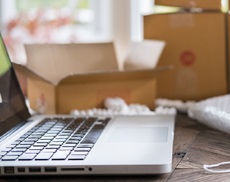 Black Friday could live up to its name and Christmas may not be so merry for British online retailers this year with far lower growth than originally expected for Europe’s largest e-commerce market, industry association IMRG is warning in a downbeat sales forecast.

UK online retail sales may only grow by 2-3% during the forthcoming Black Friday sales period in late November and could even be flat, it said. And December does not look much better with a low sales forecast of just 1-2% growth.

If accurate, this forecast could mean that B2C parcel volumes do not increase as much as carriers expect this year, potentially hitting revenue planning and meaning that costly temporary additional capacity for sorting and delivery may end up being under-utilised, experts warned.

IMRG, which claims to speak for the British online retail sector, predicted at the start of 2019 that the market would grow by 9% this year. But sales revenues are only up by 4.9% over the first nine months of the year, according to its representative monthly sales survey. Every product category, apart from beauty, has lower sales than last year.

Andy Mulcahy, IMRG’s Strategy and Insight Director, commented: “It won’t have escaped many people’s notice that 2019 has been a pretty tough year for retail. The problems on the high street are well documented, but online sales growth has been very subdued too.

“It’s difficult at this point to see how the peak trading period is going to be anything other than weak from a revenue perspective and may potentially even be completely flat.”

IMRG anticipates growth of just 2-3% for the Black Friday period (defined as an eight-day period running from November 25 until December 2). “This represents the lowest forecast we have ever put out for a major online sales event before but, given the myriad problems retail is currently experiencing, there seems a very real possibility that sales could well be flat or even negative,” Mulcahy said.

Moreover, the late date of Black Friday (November 29) this year could have a knock-on effect on sales in December, according to the association.

“What happens over the Christmas period more broadly has become heavily dependent on Black Friday trading,” Mulcahy explained. “Black Friday will serve as a strong indicator of seasonal shopper demand this year, but, even if growth comes in as expected, December is still only likely to just about manage positive year-on-year growth.”

IMRG is forecasting growth of 1-2% for December, which is even lower than it looks at first glance, as this is in comparison to the already very weak 3.6% growth achieved in the final month of last year. This was the lowest-ever growth rate for the month of December.

The main factors depressing online sales this year, according to the association, are a general lack of confidence among British shoppers following several prominent retailer closures, over-dependence on discounting to drive sales growth, few new high-profile electronic devices, a lack of retailer investment linked to Brexit uncertainty, and possibly also critical media reporting on the environmental impact of online retail. 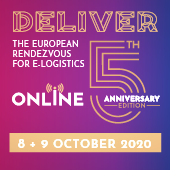