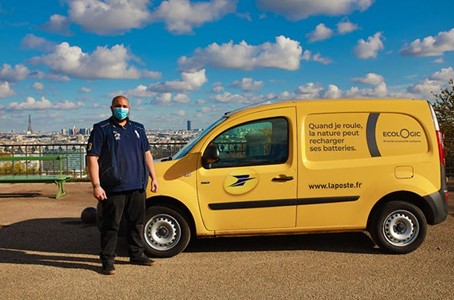 Groupe La Poste has unveiled an ambitious decarbonisation strategy aiming to reduce its CO2 emissions in France by 30% by 2025 and then reach net-zero emissions by 2030.

The French group will invest €600 million over the coming years to double the size of its electric delivery vehicle fleet and to move towards decarbonising long-distance linehaul transportation of letters and parcels between operational centres.

This week’s announcement follows wide-ranging recent sustainability and environmental activities at the group, including in France, at Asendia, and at DPDgroup’s international units, including the UK, Germany, Belgium and Switzerland.

At present, 83% of the group’s overall CO2 emissions in France are generated by the mail and parcel business, including half (52%) from linehaul transportation and a third (31%) from first- and last-mile operations.

The group has already reduced its carbon footprint by 32% compared to 2013 through a range of operational measures, including building up a fleet of 7,000 electric vehicles and 18,000 electric bikes. It has also invested more than €50 million in CO2 compensation activities since 2012.

Among the forthcoming investments, €200 million will be dedicated to ‘greening the fleet’ of delivery vehicles. This sum will mostly be spent on acquiring 8,000 additional electric vehicles and deploying 1,000 cargo bikes (compared to 125 at present).

With an overall electric delivery fleet of 15,000 vehicles, La Poste thus aims to deliver 50% of Colissimo parcels emission-free by 2025, including 100% in France’s biggest cities (compared to just 16% at present).

The biggest sum, however, will go on ‘greening’ the linehaul fleet, which currently comprises 5,000 trucks that are mostly operated by some 600 transport partners.

This €400 million will be spent on converting the linehaul truck fleet, initially to already available low-emission ‘transition’ fuels such as biofuels and biogas by 2030, and then to electricity (for medium distances up to 400km) and hydrogen (for long distances) from 2030 onwards.

As part of this investment, it will install biogas filling stations at 8 of its major facilities across the country to serve the in-house and third-party fleets.

From 2030, La Poste aims for 50% of its linehaul mileage in France to be provided by low-emission trucks.