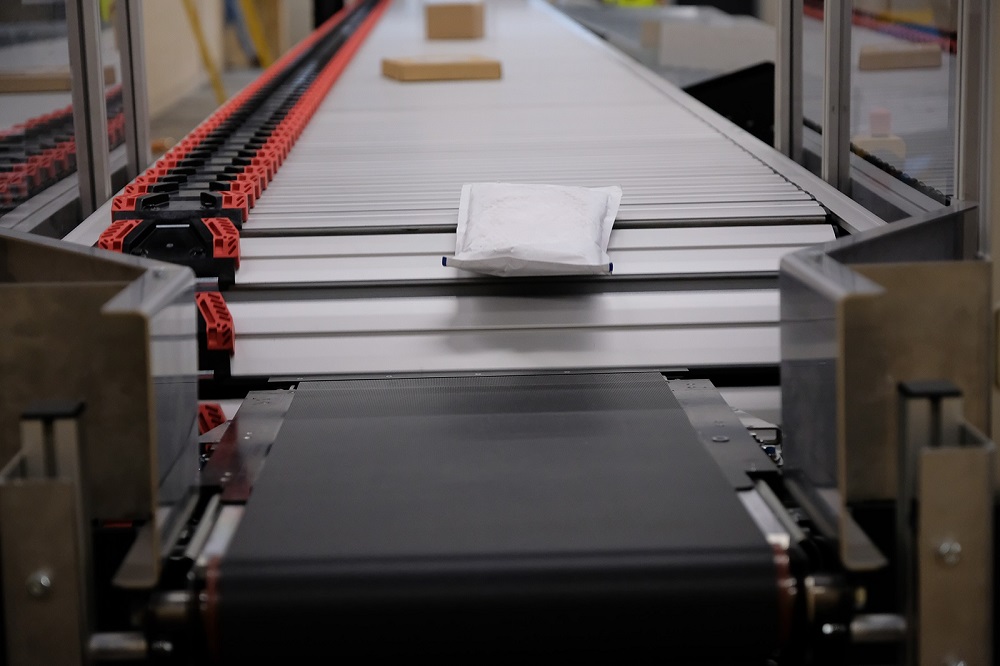 Dutch system integrator VanRiet has presented its new small parcel sorter, the HC Smalls Sorter which allows for the damage-free transportation of small and light parcels in rough environments, such as parcel delivery.

With this sorter, which was presented for the first time at Parcel + Post Expo 2019 in Amsterdam, the Dutch subsidiary of American Material Handling Systems, Inc. (MHS) has added a new product to its portfolio, which is tailored to the special needs of the courier, express and parcel industry.

‘With the rising volumes of smaller items, changing packages and ongoing need for short delivery times, we see that having an automatic solution for the sortation of smalls is no longer a wish, but a must-have for our customers,’ says Frank Engelen, Product Manager at VanRiet.

VanRiet has responded to this development by launching the HC Smalls Sorter, a new sorting solution specially designed for small, light packages of at least 100 x 50 x 0.5 millimeters and 50 grams.

The HC Smalls Sorter’s special feature is its narrow-profile infeed belt, which transfers small packages smoothly to the sorting deck. The advanced design of the sliding shoes combined with rounded slats prevents thin packages from getting caught under the conveying elements, and the overflow conveyor belt can process the entire range of packages.

The technology used in the new system is based on VanRiet's showpiece, the HC Sorter. As a result, it is robust and also features the patented fully closed deck. This prevents dirt and cardboard pieces from getting stuck in the system. It also contributes to low noise levels and safe working conditions for distribution staff.

The HC Smalls Sorter achieves its high throughput thanks to its maximum speed of 2.0 m/s. Due to the new switching system, it is possible to place outfeeds every 650 or 900 mm along the main conveyor line. With these short outfeed pitches less floor space is needed. Its modular design allows for easy customer-specific configuration of the standard components. Moreover, the sorting system can be extended and synchronized with other shoe sorters.