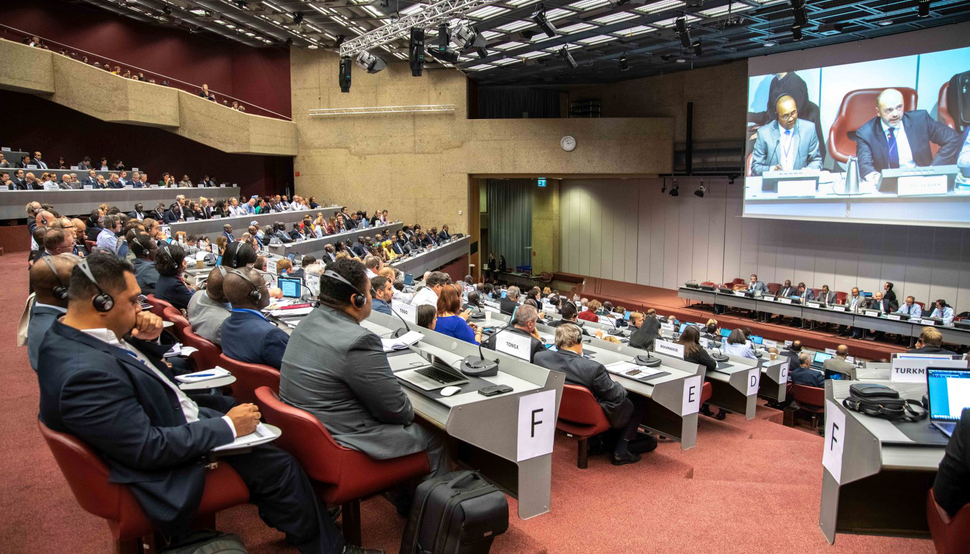 The US has failed in a bid to allow postal operators to set their own rates for deliveries of imported small parcels in a closer than expected vote at the opening day of the vital Universal Postal Union Extraordinary Congress in Geneva. Delegates are currently hammering out a last-minute compromise for approval later today.

A majority of 78 members rejected the option for self-declared rates (‘Option B’) but a surprisingly high 57 were in favour while there were 9 abstentions. A total of 144 member countries were present for the secret ballot at the end of the first day’s debates. The US has threatened to quit the UPU next month if there is no satisfactory reform to the terminal dues system.

Several delegates from different parts of the world told CEP-Research later that the Option B ‘yes’ vote had been higher than expected. One reason was an amendment from South Africa that would have protected smaller postal operators from excessively high increases if Option B had been accepted.

In line with Congress rules of procedure, countries first reviewed the proposal furthest from the status quo, known as “Option B”, which would allow countries to self-declare their rates from 2020.

As a result, UPU members will now debate a compromise option on Wednesday, which would reform and speed up the existing remuneration system but also give postal operators the option of setting their own rates. This convergence proposal, known as “Option C”, would accelerate rate increases under the current remuneration methodology, phasing in optional self-declared rates between 2021-2025.

Peter Navarro, head of the large 43-person US delegation, already described this option as an “acceptable” solution earlier on Tuesday.

However, there are a large number of proposed amendments to Option C, meaning it is unclear if there might be a majority for a ‘hard’ Option C or a softer alternative. It is also unclear whether the US would accept any kind of Option C alternative in order to remain in the UPU.

On Wednesday morning, the opening of the Congress was first put back by two hours to allow more time for talks over a compromise deal. The Congress then met very briefly and promptly adjourned its plenary session by a further four hours to gain additional time for talks.

At the time of writing, member countries were holding various meetings to try to hammer out an acceptable compromise that would get a majority vote and also satisfy the USA sufficiently to keep it in the UPU.

Final option if no compromise

UPU explained that if the Option C proposal fails, countries will examine the proposal closest to the status quo – “Option A” – which would continue the current rate structure, but proposes accelerating planned rate increases and moving all countries into a single rate system in 2020.

Experts believe a vote for Option A would certainly prompt the USA to carry out its threat to UPU as it would prevent the US Postal Service from setting its own rates for imported small packets.

Under the current Congress scheduling, plenary sessions will continue throughout today (September 25). The closing session is planned for the morning of 26 September. The afternoon of 26 September has been reserved for making changes to the UPU’s regulations, if needed.