UPS makes chilly start to 2019 but sees business warming up 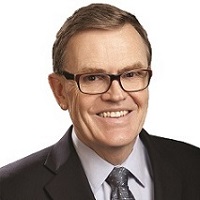 UPS today revealed a 17% slump in quarterly profits after severe weather hit its US business but remained upbeat about the outlook for the rest of 2019 despite international trade uncertainties.

The US package giant reported a fractional revenue increase to $17.2 billion in the January – March 2019 quarter. But operating profits dropped 8.3% (or $126 million) to just under $1.4 billion on a 1.1% rise in operating costs, including capital expenditures of $1.5 billion to enhance the network. Net income weakened by 17.4% to $1.1 billion.

But CEO David Abney insisted: “The first quarter marked a good start to the year, as we executed against our strategy and generated solid performance across our business. Our Transformation initiatives are enhancing revenue quality and creating network efficiencies that will increase our long-term earnings power. We are on a path to take advantage of growth opportunities and enhance our future performance.”

For example, UPS was helping SMEs to compete with larger e-retailers through its new e-fulfilment platform and was launching innovative solutions for healthcare clients with drone delivery tests, he told analysts on the Q1 results call.

Chief Transformation Officer Scott Price added that a new partnership with e-commerce platform Shopify was generating new customers for UPS, while the Ware2Go scheme to offer flexible warehousing capacity had generated “a lot of interest”. He added: “We are quickly building a national 2-day network.”

Three months of severe winter weather took their toll on the US Domestic Package Q1 results, with an estimated $80 million hit on profits that tumbled by 12% to $666 million. But investments in new automated hubs contributed to improvements in operational measures including productivity gains and slower growth in unit costs.

Revenue increased by 2.5% to nearly $10.5 billion as average daily volumes increased 2.2%, driven by air and ground growth. The dominant UPS Ground product increased revenues by 2.4% to $7.5 billion with a 1% volume rise and a 2.9% improvement in revenue per piece, led by gains from healthcare, manufacturing and e-commerce. Average daily volume for air products grew nearly 8%, driven by high demand for faster delivery options.

“We are bending the cost curve in our U.S. Domestic segment as highly automated hubs come online, producing improved productivity benefits,” said Abney. “These improvements contributed to the segment’s performance in the quarter and will continue to gain momentum going forward.”

UPS also had a mixed quarter in its International business due to a worldwide macro-economic slowdown, trade tensions and regional political issues.

International revenue declined 2.1% to $3.46 billion despite a slight 0.7% rise in volumes, and revenue per piece dropped by 1.2%. International export revenues fell by 1.5% on flat volumes. The segment reported an 11% drop in operating profit to $528 million, although this included $84 million of Transformation costs. Adjusted EBIT was up 3% at $612 million.

Addressing macro-economic and trade trends, Abney admitted that global GDP growth would not be so strong this year but emphasised that UPS still saw international growth opportunities in regions not affected by US – China trade tensions or Brexit.

CEO Richard Peretz said that intra-regional growth in Europe had been affected by Brexit but the company had seen growth on most trade lanes out of Asia. COO Jim Barber underlined: “We still believe in China, we will help China trade with the world.”

Meanwhile, the Supply Chain and Freight segment produced strong profit growth in the quarter and expanded operating margins, driven by disciplined cost-management initiatives and the flexibility of the network to adapt to changing market conditions. Operating profit improved to $200 million although revenue dropped to $3.2 billion.

In terms of financial guidance for the rest of this year, UPS reaffirmed adjusted diluted EPS would be in the range of $7.45 to $7.75.

“Transformation is creating a firm foundation for performance well into the future,” said CFO Peretz. “Our strategies and initiatives are driving additional network efficiency and flexibility, and we remain confident in achieving our targets for the year.”