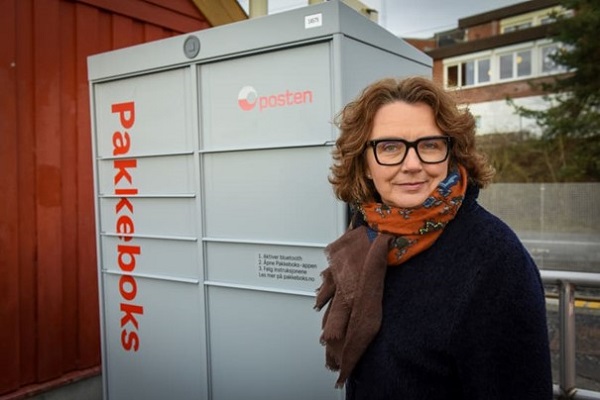 Swipbox will install a network of parcel lockers across Norway next year after winning a competitive tender from Posten Norge (Norway Post) and following a successful pilot scheme in Oslo.

The Danish manufacturer said the Norwegian postal group has selected its ‘Swipbox Infinity’ solution for the nationwide network after a tender. The contract value was not disclosed.

For its part, Posten Norge said it will initially deploy 3,000 Pakkeboks lockers at 1,000 locations during 2021 and noted that the contract with Swipbox has scope to procure more terminals in future. The contract follows a successful pilot scheme with 100 lockers in Oslo over the first half of this year.

Per Öhagen, executive vice president at Posten Norge said: “We are pleased that many strong players from the industry wanted to participate in our tender process. We evaluated many creative, high quality solutions but in the end, we decided to go with SwipBox. Their solution provided the best match for our requirements with regards to customer convenience, quality, serviceability and cost.

“We are looking forward to an innovative cooperation with SwipBox. Together we will be creating a unique network of app operated parcel lockers across Norway,” he added.

Jens Rom, CEO at SwipBox, added: “We are very proud that Posten Norge, one of the world’s most innovative postal operators, decided to go with the SwipBox Infinity solution. The people of Oslo already like the parcel lockers, so we’ll be looking forward to rolling out the solution to the whole of Norway, helping Posten Norge to add further services and customer convenience.”

The parcel lockers will be branded “Pakkeboks” (parcel locker) and will be operated through a bespoke app on the customer’s smart phone, which communicates with the SwipBox Infinity parcel locker via Bluetooth. The parcel lockers are battery operated and very easily installed as they do not require an external power source or Internet connection.

The SwipBox Infinity solution has so far been rolled out in Denmark with Norway to follow. The solution is presently being piloted in other parts of Europe, including in Sweden with PostNord and in Belgium with bpost.

SwipBox, which has so far installed intelligent parcel lockers in more than 60 countries and deep networks in selected countries, designs and produces its self-service terminals in Denmark.