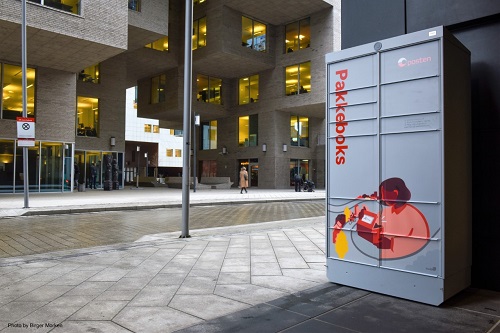 The parcel lockers, called Pakkeboks in Norwegian, have been accessible to inhabitants of the country’s capital since 20 January.

Tone Wille, CEO of Posten Norge, commented: “I have big expectations of the new parcel lockers. Posten Norge is very focused on finding great solutions that make everyday life simpler for our customers. Time is valuable and our customers want more flexibility, which is why it’s important that we adapt to their needs.”

The Pakkeboks can be opened with an app on the customers’ phones, which communicates with the parcel locker using Bluetooth. SwipBox is the developer behind the parcel lockers that run on batteries and are very easy to install as there is no need for an external electricity source or an internet connection.

Allan Kaczmarek, CEO of SwipBox, said: “Pakkeboks is a new concept that we are excited to present to the Norwegians, and which we have already been testing in Denmark under the Nærboks brand. We have based the networks on the newest technology, which makes it possible to establish parcel locker infrastructures.

"In late 2019, we ended the pilot of the Nærboks network in Denmark and we are now setting up Nærboks parcel lockers all over the country – I am very pleased that we can now offer the same solution to the Norwegians,” he added.

In the near future, it will also be possible to use the parcel lockers to return parcels to online shops and send parcels to members of the public.