Stamps.com gears up for possible US withdrawal from UPU 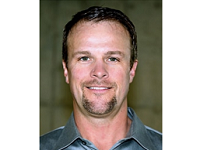 Stamps.com, a provider of postage online and shipping software solutions, has unveiled new GlobalPost international shipping services in response to the growing concern over the United States leaving the Universal Postal Union (UPU).

It said the services are not reliant on US relationships with the UPU and will ensure that businesses can continue to ship internationally without disruption, while still receiving similar transit times, customs clearances and competitive rates.

These include: global address verification; no customs forms; the shipment of merchandise in flats; instant refunds: free pick-up service on certain markets and parcel coverage.

“That’s why we’re proud to be able to offer these GlobalPost services to our many international shipping customers who have been concerned about the potential USPS disruption caused by the breakdown of the UPU/US relationship. As always, we’re trying to keep our customers a few steps ahead, especially when it comes to the ever-changing landscape of e-commerce shipping.”

A UN agency, whose activities are underpinned by a treaty that sets shipping rates from country to country, the UPU will hold an Extraordinary Congress in Geneva on September 24-25 to decide how to reform the terminal dues payment system for cross-border postal deliveries, just weeks before the US could quit the world’s postal governing body.

Last October, the Trump administration announced the US would quit the UPU-led world postal system after a 12-month period of notice, criticising cheap delivery rates for imported parcels, especially from China, that put American domestic shippers at a competitive disadvantage. But it left open a back door to remain in the UPU treaty if acceptable new terms enabling USPS to set higher rates could be negotiated.

According to a recent US media report, USPS has written to shippers warning them that they will no longer be eligible for discounted rates if the US leaves the UPU).

The US postal utility declined to comment on the claims when contacted by CEP-Research.

In a statement it said: “Universal Postal Union members have voted to hold an Extraordinary Congress in late September to discuss the current terminal dues system. This will provide a new opportunity for UPU members to collaborate and develop solutions to end the distortionary effects associated with excessively low rates for certain foreign origin mail, as compared to domestic postage rates.”

The statement continued: “The Postal Service fully supports the objectives of the Administration to secure a more balanced and fair remuneration system for small packets containing goods. The Postal Service is working closely with the State Department, the Postal Regulatory Commission and other stakeholders to implement self-declared rates.”

The statement noted that while the United States is preparing to leave the UPU in October, if a solution can be found that eliminates the economic distortion caused by the current terminal dues system on US businesses, then the United States will continue its participation in the UPU.

“Because the U.S. may no longer be a member of the UPU by mid-October 2019, the Postal Service is undertaking parallel efforts to ensure the continued exchange of international mail items even if the negotiations to remain in the UPU are unsuccessful. No matter the outcome with the UPU, the Postal Service is committed to remaining in the international mailing business,” it concluded.