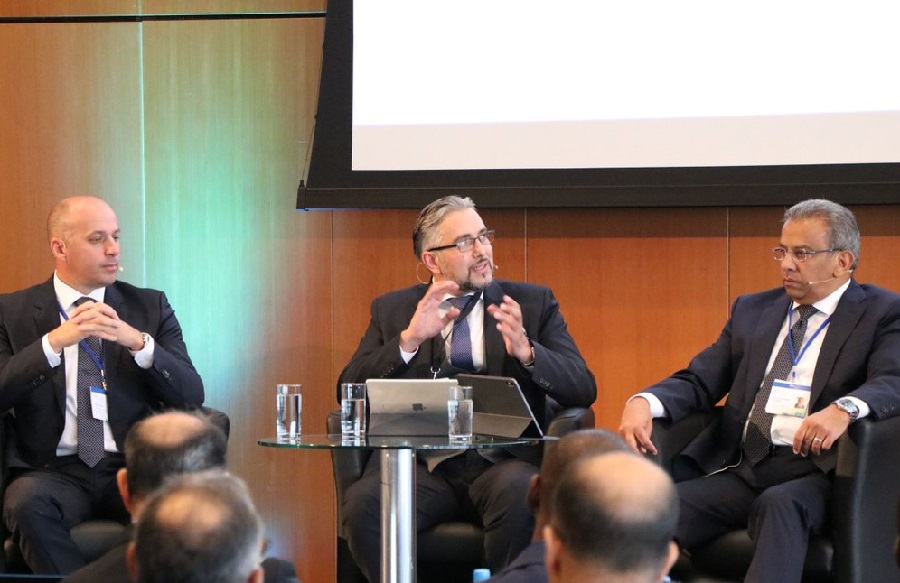 The complex technology is essentially a highly secure way of recording data (or digital information) as a digital ledger, including unchangeable timestamps, in order to enable trusted transactions, including authentication.

“Blockchain is a huge opportunity. We do not need to be afraid,” Ivan Čulo, CEO of Croatian Post, told the UPU World CEO Forum at Parcel + Post Expo in Amsterdam this week. “We have to get out of conservative business models and develop new services for citizens.”

The newly-profitable postal operator is now looking to invest in technology and has, for example, successfully trialled a crypto-currency service for tourists in Zadar this summer, he said. It now plans to develop this into a post office-based service for the country’s resident population.

Turkish Post is already further and has set up a technology subsidiary to provide services both for the postal operator, such as a blockchain-based digital stamp, and external clients such as telecom companies.

Ismail Köse, CEO of PTT Technology, told the forum: “We want to establish a blockchain hub in Istanbul to jointly develop blockchain solutions for different industries.” Looking further ahead, he said that Turkey wanted to help establish a “worldwide blockchain cooperation” between UPU members.

Essam El Saghir, chairman of Egypt Post, supported this ambition. “This is the right time for one unified platform. We should have a new UPU committee for one single blockchain platform,” he said.

Egypt Post itself is already using blockchain technology, he told forum participants. The postal operator’s newly-opened logistics centre at Cairo Airport, designed to be a regional consolidation centre for Africa, “is based on blockchain which will speed up customs and handling”, he said.

Updating fellow CEOs and other executives on the postal operator’s overall transformation, El Saghir explained how Egypt Post had successfully turned a heavy loss into a profit within just one year by introducing profit-sharing and financial incentives for post office staff and delivery workers. Revenue and parcel volumes have “soared” as a result.

“Post office staff get a 10% profit share when a branch turns profitable,” he explained. This financial incentive had transformed staff motivation and encouraged 50% of Egyptian post offices to open for a second later shift (until 8pm) to win more customers and increase revenues without additional costs.

“You need to give incentives to everyone to enhance operations… Profit-sharing will change old habits and an old mentality,” El Saghir concluded.

Blockchain can help Posts to transform their businesses and develop the overall postal industry, according to two experts in the technology.

Moses Ma, managing partner of FutureLab Blockchain Lab, was enthusiastic about the technology’s potential for the postal sector, especially in view of the worldwide customer base and global reach through some 600,000 retail outlets. “If all the Posts can work together, you can win,” he declared.

For example, the postal industry could even take on Facebook, which aims to develop a new blockchain-based global currency under the name Libra. “You could do your own global coin, you have more customers than Facebook,” he commented.

Ma said he has created a blockchain consortium with technology company Consensys and has proposed several pilot projects to the UPU. In response to a CEP-Research question about the ROI timescale for blockchain projects, Ma said 3-5 years was a typical period.

Christian Jaag, founder of Swiss Economics, told forum participants that “it is time for the UPU to develop a postal blockchain”. He said that Posts would benefit from blockchain in e-commerce and could potentially also use their trusted status to ‘guarantee’ blockchain transactions.

Jaag cited the example of the “Swiss blockchain” developed by Swiss Post and telecoms provider Swisscom as a ‘national’ solution for their country. However, he recommended starting with small projects in general rather than complex large ones.