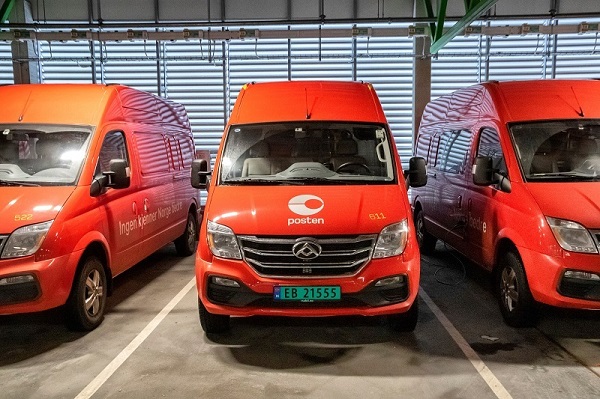 The postal group took delivery of the vehicles in December and put them into service for peak season operations in the run-up to Christmas.

Posten Norge said it was the first company in Norway to test the Chinese vans from Maxus. The result was so positive that it first acquired 22 vehicles and has now followed up with the larger contract.

Twenty of the 70 new Maxus vans will be used in Oslo, closely followed by Bergen with 17 vehicles. The others will be deployed in smaller cities and towns.

Together with four new e-Craft vans, this means that Norway Post's share of electric vans will increase from 10% to 25% of its fleet. Calculations show that the new electric vans will give reduce CO2 emissions by about 400 tonnes per year.

Posten Norge spokesman Kenneth Pettersen said: “By 2025, Norway Post will only use renewable energy sources in all buildings and vehicles. Replacing diesel-powered vans with electric vehicles moves us much closer to that goal, and our work for emission-free parcel delivery in the big cities.”