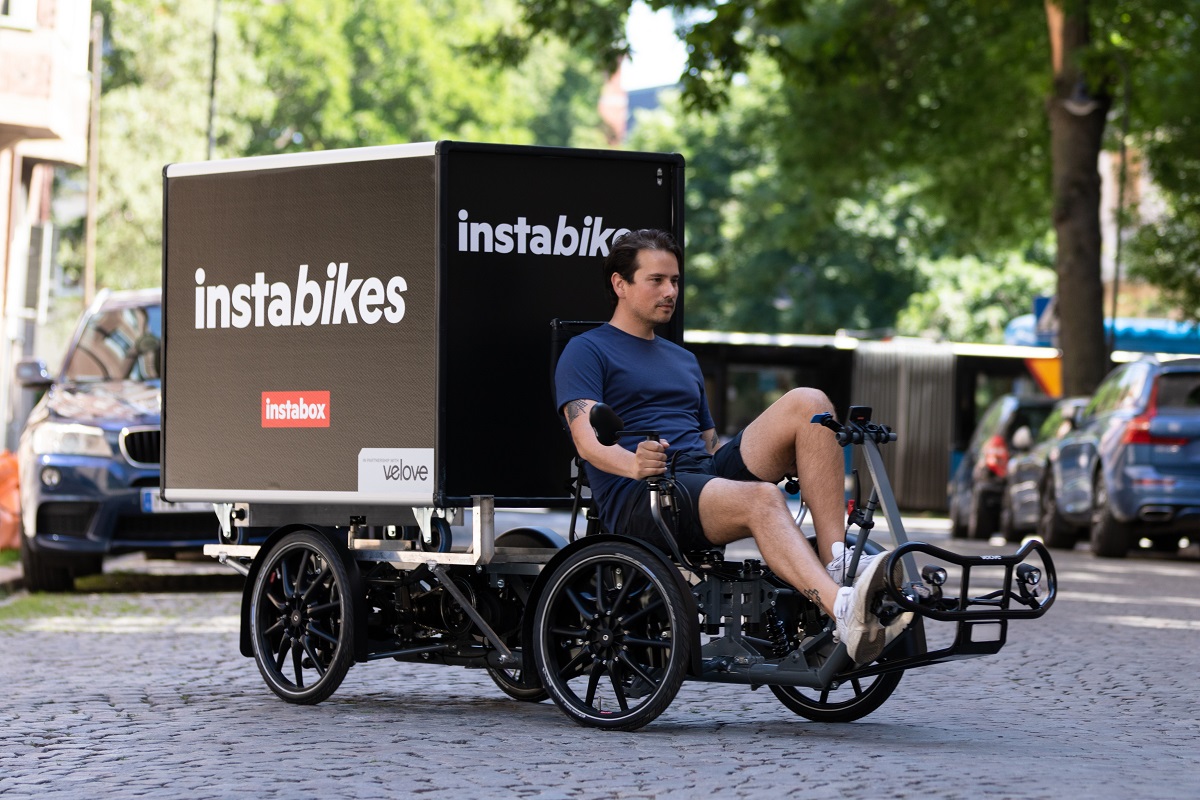 An Instabike delivery from Instabox

Fast-growing parcel locker company Instabox is broadening its portfolio by expanding its home delivery service to Norway where it will also deploy smart lockers in Coop stores.

The Swedish company, whose clients include H&M and IKEA along with leading Nordic e-retailers, already launched its ‘Instabike’ home delivery service in Sweden last year, using cargo bikes. It has now extended this ‘completely fossil-free express home delivery’ service to Norway, initially covering about 45% of the country.

In addition, the company already offers nationwide home delivery in the Netherlands through Dutch delivery firm Red je Pappketje, which it acquired earlier this year.

“This is a big step for Instabox. We know that home delivery is popular with customers who shop online, and we are pleased that we can now offer it in Instabox's way - uncomplicated, fast and sustainable for the environment,” said Alexis Priftis, CEO and founder of Instabox.

“We believe that our model for home delivery will stand out as a new and better alternative, which is valued by both customers who shop online, e-retailers, and not least the environment. We are already the natural choice for many when it comes to deliveries to smart packaging cabinets, and we now aim to take the same position for home delivery,” he added.

Instabox stressed that it owns the entire value chain itself, and therefore has full control of the delivery process, from the seller’s warehouse through to final-mile delivery. The company claims that it offers faster deliveries - often already the same day or the next - and a narrower time window than traditional players.

In February 2021, Instabox became the first to switch completely to fossil-free fuel, and they are still the only carrier that exclusively uses HVO100 or other fossil-free alternatives throughout the transport chain.

Meanwhile, Instabox is also speeding up its growth in Norway through a deal to roll out parcel lockers in Coop stores across the country over the coming months following a successful pilot project earlier this year. Coop is Norway's second largest grocery player with almost 1,300 stores.

“This is an important step in our further expansion in the Norwegian market, and through this collaboration, more Norwegians will have access to the delivery method of the future,” said David Lundqvist, Chief Commercial Officer at Instabox.

Thomas Stemland, project manager at Coop, added: “We are always looking for solutions that strengthen services for customers and co-owners in our stores, and believe that Instabox is a great addition in this area.”

Instabox, which generated revenues of about €24 million in 2020, has so far installed about 1,700 lockers, mostly in Sweden as well as in Denmark and Norway. Earlier this year (2021), a total of SEK 750 million was invested in the company in an investment round in which EQT Ventures participated as well as previous investors, such as Creades.