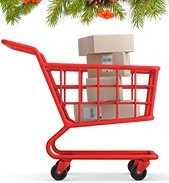 Most German retailers expect massive delivery problems during this year’s Christmas season as they fear that parcel operators will be overloaded, struggling to keep up with rising volumes in the peak season, according to a new survey.

The survey of nearly 400 traditional and e-retailers by the German traders’ association ‘Händlerbund’ revealed that 84% of the respondents fear that parcel carriers will be overburdened in the coming weeks. In the previous year, only half of the retailers worried about this and in 2016 only about a third (36%) were concerned.

"It is a fact that online marketplaces are gaining in importance and it is also our impression that sales during this year's seasonal business will increase," Andreas Arlt, CEO of Händlerbund, said. "Problems that parcel operators face are the other side of the coin. The logistics sector is simply overwhelmed by the huge rise in online trade.”

In addition to the overload of the parcel carriers, retailers fear high return rates (34%), customer complaints (28%) and problems on online platforms (17%). Only 8% of the respondents expect completely smooth business, with no difficulties at all.

In order to prepare for Christmas business, most retailers (72%) have already replenished their warehouses. Almost a third (29%) of those surveyed have placed special online advertisements while 16% employ seasonal staff. The minority (7%) of the retailers even offer packaging service and 6% provide express delivery. A fifth (20%) of the respondents didn’t make any special preparations for the peak season.

On 16 December, which falls on a Sunday, the retailers surveyed expect to generate the highest sales.