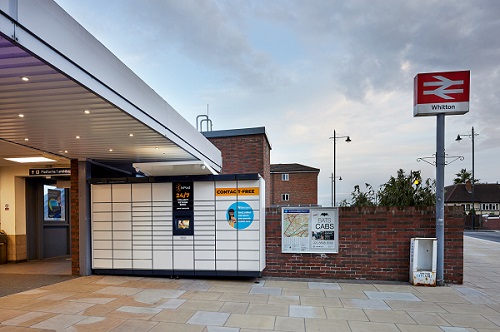 InPost locker at Whitton train station in the UK

The first phase of the roll-out has now commenced and will see InPost deploy its collection and return lockers, which can be accessed 24/7, at 14 stations within the Greater London region. Lockers will then be installed at other major commuter hubs in the region in a second phase.

Installing the lockers at rail stations will mean that even during the government’s Covid-19 lockdown, customers will be able to send and receive essential goods and products, contact-free, during this challenging time, strengthening the station’s role as the hub of the community, InPost UK emphasised.

Carrying more than 300 million passengers per year, SWR is Europe’s busiest commuter service and operates services from its Central London terminus at London Waterloo to South West London. The train company also provides suburban and regional services across Surrey, Hampshire and Dorset, as well as regional services in Devon, Somerset, Berkshire and Wiltshire.

Jerome Pacatte, Head of Stations at South Western Railway, commented: “Our stations sit at the heart of the communities we serve, and we want them to offer more than simply a place for customers to travel to and from.

“We have been delighted to work in partnership with InPost and oversee the installation of these new automated ecommerce lockers. They will provide our customers with a convenient and efficient way to send and receive parcels, including during the very testing times that we are currently living through.”

Jason Tavaria, CEO of InPost, added: “While the pandemic has had an understandable impact on rail services, the stations are in central locations meaning they are often the main hub for communities and towns. Partnering with a major operator in SWR will allow consumers to access our lockers easily and conveniently to satisfy all their postal needs, particularly during these challenging times.