“Globalisation is evolving, not collapsing”

Economic globalisation is changing structurally as world trade grows in new directions but is not fragmenting into regionalisation of supply chains and trade flows in reaction to worldwide disruptions, economics experts and business executives declared at a DHL Express event yesterday.

However, companies are certainly thinking about adjusting their supply chains in the face of the current geo-political developments and other risks even if they are not yet taking action on a large scale.

Those were two of the key takeaways from the presentation of the new DHL Global Trade Atlas to international media, including CEP-Research, in Brussels.

As already reported, the in-depth study showed that global trade is continuing to grow despite diverse challenges while new regional growth areas, such as South and South-East Asia and Sub-Saharan Africa are emerging.

Andrew Wilson, Global Policy Director for the International Chamber of Commerce, explained that globalisation is changing with more regional trade, for example within Asia. But he stressed: “We do not get any sense that globalisation is at an end. It’s more an evolution, a renewal, not a fragmentation or a collapse.”

Asked about potential downside risks to world trade prospects, he pointed out that geo-political issues, such as a possible escalation in the Taiwan Strait, are playing a much bigger role for companies than in the recent past.

Wilson also said companies are reviewing their supply chains, possibly to diversify them more, but he stressed that changing a supply chain is not easy, especially given that human skills are “embedded” into existing structures.

According to the ICC executive, companies are still in a ‘wait and see’ mode about whether to change their supply chains. “Timelines for supply chain shifts could be 5-6 years,” he commented.

Responding to CEP-Research questions, DHL Express CEO John Pearson said DHL is not seeing a regionalisation trend at present. “We see China +1 or +2 or +3 (strategies) but it’s still Asia to Europe or to North America (trade flows),” he made clear.

On the question of supply chain changes, he added: “Changing your supply chain is slow and cumbersome. You cannot get away from the economics of the supply chains that have to be set up.”

Discussing broader economic trends, Pearson noted that global trade “has never been more in the spotlight” as its importance for the world economy and society as a whole becomes ever more apparent.

For example, he cited how DHL had distributed more than 1 billion Covid-19 vaccines “with zero spoilage” over the past two years. “Trade was the salvation and solution during the pandemic,” he summed up.

In particular, the DHL Express chief remained upbeat about the long-term potential of e-commerce, which has risen from 16% of global retail sales before the pandemic, to about 19% at present due to the pandemic-driven surge in demand.

He cited McKinsey research predicting that e-commerce will more than triple from US$300 billion in 2020 to US$1,000 by 2030. In particular, he pointed out that: “B2B e-commerce is definitely on its way now. We are seeing that.”

Presenting the Global Trade Atlas findings, the study’s author, Steven Altman, Senior Research Scholar and Director of the DHL Initiative on Globalization at NYU Stern’s Center for the Future of Management, showed how global trade had “roared back” in 2020 from the initial Covid-19 pandemic lockdown hit, and had continued to grow last year and this year to a new record, 10% above pre-pandemic levels.

Even though international organizations had repeatedly downgraded their economic forecasts this year, they were still expecting positive trade growth in 2022, he underlined. “It’s not looking like a big retreat.”

Looking ahead to the 2021-26 period, Altman highlighted South Asia (especially India) and South-East Asia (Vietnam and the Philippines in particular) as likely to achieve fast and large-scale growth. All these three countries “have potential to benefit from efforts by many companies to diversify China-centric production and sourcing strategies”, he pointed out.

In addition, Sub-Saharan Africa could develop into another region of rapid growth.

As a result of these expected trends, China’s share of trade growth is likely to drop back after outperforming other regions in the last few years, although its total trade volumes will continue to increase, he noted.

Asked by CEP-Research which findings in the report had surprised them, Altman highlighted the rising share of emerging economies in global trade, while Wilson pointed to the weak performance of Latin America compared to other regions. 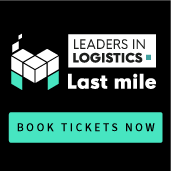 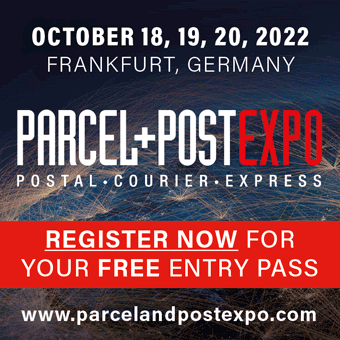