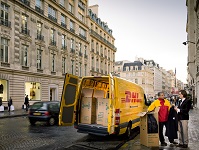 DHL Parcel is pulling out of the Swiss domestic B2C market after just a few months in its latest strategic U-turn and on the heels of a similar exit in neighbouring Austria.

The German company moved into the Swiss consumer parcels market only last autumn under its ambition of creating a pan-European B2C delivery network through a mix of subsidiaries and partners. The Swiss parcels market is dominated by Swiss Post ahead of DPD, UPS and smaller parcel operators.

The newly-formed DHL Parcel Switzerland aimed to win B2C business by offering rapid deliveries, including on Saturdays, through service partners. DHL Express was contracted to deliver parcels to residential addresses while a network of 400 DHL ServicePoints, operated by retail partners, would offer both parcel collection and shipping services. A sorting depot was opened in Winterthur near Zurich to process up to 9,000 parcels a day for delivery in Switzerland’s biggest conurbation.

In response to a CEP-Research enquiry, she said today: “DHL Parcel Switzerland will now concentrate fully on business with cross-border customer solutions.”

The parcel company’s operations in Basel and Winterthur as well as the Servicepoints will be integrated into DHL Express Switzerland from April onwards. In future, DHL Express, which focuses on international express shipments, will deliver ‘world parcel’ shipments in Switzerland, she explained.

“This step will not have any effects for existing clients as DHL Express will offer the usual excellent service quality,” she emphasised. DHL Express mostly serves B2B customers but is increasingly delivering to private recipients as well, driven by strong B2C growth around the world.

Meanwhile, the newly-founded business division DHL eCommerce Solutions, which is responsible for DHL Parcel’s international activities, is focusing on “profitable growth” against the background of changing market conditions.

A similar explanation was given for the recent decision to quit the Austrian domestic B2C parcel market and to hand over delivery of cross-border import parcels in the country to Austrian Post. 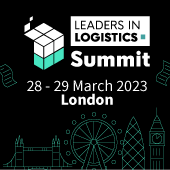