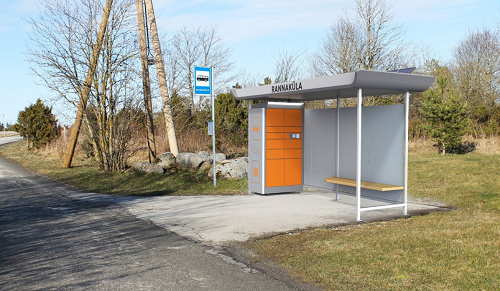 Cleveron wants to install a parcel locker in every Estonian town and village by the end of 2020 to provide all communities with the same logistical infrastructure.

According to the Estonian company, COVID-19 has shown that rural communities in particular cannot enjoy the same infrastructure as bigger towns. When shopping online during the crisis, city dwellers have the upper hand, as they have limitless options for delivery.

Cleveron predicts that the virus pandemic will bring about long-lasting effects for online shopping. Surveys have shown that 93% of interviewees say they expect to shop online either more (60%) or at the same level (33%) as they did before the outbreak.

Furthermore, consumers’ preferred way of receiving their goods are currently contact free pickup options and generally, in Estonia, parcel lockers are very popular. There are plenty available in cities and larger county centres.

Cleveron said that Estonians are even often called the “parcel locker nation”, as the solution is the delivery method of choice for Estonians since they are cheaper than a courier and, unlike the post office, they are available almost 24/7.

Yet there are thousands of people who still cannot use the service because it’s simply out of reach. For people living in villages, parcel lockers might be located as far as 20 km away from their homes, while public transport is not efficient.

Car owners can make the lengthy trip and pick up their parcel from an APM while others are tackling the situation in a more creative way. Many ask friends or relatives to pick up their parcel. Others have joined community Facebook groups, where they can ask if anyone going to the nearest town could pick up their parcel for a small fee. The idea behind parcel lockers is convenience but this is not often the case in the countryside.

Therefore, Cleveron quickly developed a concept for a parcel locker that can be installed in bus stops across the country. The solution is named Cleveron 361 – an outdoor parcel locker that combines the characteristics of an APM and a bus stop. The solar-powered parcel locker can be operated as a courier agnostic locker, filled by couriers or even by bus drivers.

Cleveron's CEO, Arno Kütt, commented: "There are more than 4,500 villages and small towns in Estonia, where today, there are no parcel lockers. We calculated that if the state invested €20 million, we would be ready to install a parcel locker in every village in Estonia.”

Online on Facebook, Cleveron asked their followers if they knew what villages would benefit from a parcel locker. The response was overwhelming. The Facebook post immediately went viral. In 3 days, it reached over 187,000 people which is 25% of all Facebook users in Estonia. It received over 2,400 reactions, 1,300 comments and 800 post shares. The company’s mailbox overflowed with responses from people saying they needed a parcel locker in their village.